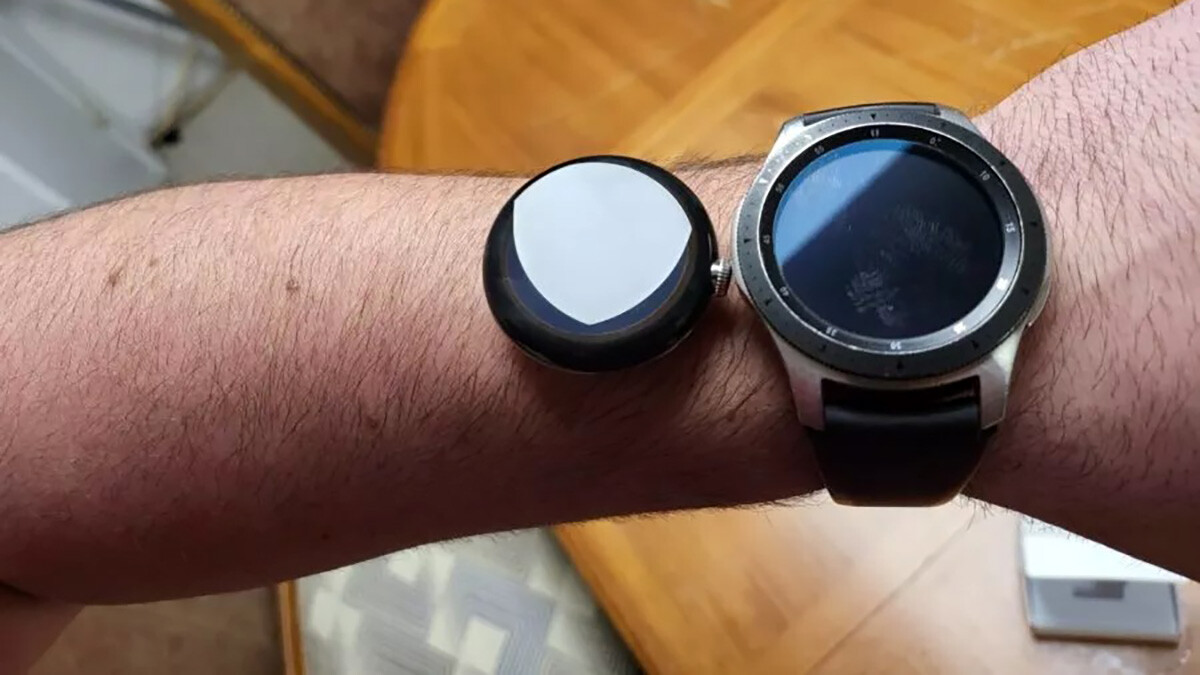 After the Google Pixel Watch did the “iPhone 4 left in a bar” song and dance yesterday, now Redditor tagtech414, who claims to be the original source of the leaked Pixel Watch, managed to put it on a table and wrist to measure it against the direct competition.

The Google Pixel Watch is expected to be unveiled at I/O Conference in May, sort of explaining why he started popping up so often in leaks and rumors. Its specs may include a homebrew chipset, heart rate monitor sensors, and all the bells and whistles Google has to offer like maps and navigation.
As for the price, the Pixel Watch is expected to sell for between $300 and $350, but we should know more about that closer to its suggested fall release. For now, what we have is the alleged design of the Pixel Watch, reminiscent of a pebble and rather minimalist compared to the Samsung Galaxy Watch and even at Apple watch.

The OG Reddit poster is now hosting an Ask Me Anything (AMA) session on the Google Pixel Watch in their possession and anticipated some of the pressing questions by answering as follows:

It was my buddy who found the watch. He is a bartender at the restaurant where he was left. They kept it for a few weeks expecting people who left it to come back, but that never happened. He gave it to me because I’m the tech nerd, so he let me handle it.

The reason the straps aren’t attached in the photos is simple – my boyfriend forgot to give them to me with the watch. They were packaged separately and he forgot to bring them, so he sent me pictures of them for the article (note the background is different). I’ll get them from him at some point and post a picture of the whole package.

There is no more charger and the battery is dead. The picture with the ‘G’ boot logo was taken by my buddy the day he found it. It had a small amount of load at the time, but only booted to this screen, assuming there is no full OS loaded.

Shrinkflation: Manufacturers are reducing the size of packaging, but not the price